The ACS Mustang Sports Program is open to homeschool students ages 8-18 years old as of September 1st of the current year, unless otherwise noted. All sports are for boys and girls. The league we play in requires that students be homeschooled at least 51% of the time. Enrollment in Allegiant Christian School (ACS) is not mandatory; however ACS students and returning players receive priority registration. Practices are held on Tuesday and Thursday evenings, 6-8 pm at Jurupa Middle School in Riverside. Games are typically Friday nights and/or Saturdays.

Basketball has long been a favorite of many ACS families. Practices run October through March with games added in January. Two exciting tournaments are held annually, the first being the National Christian Homeschool Basketball Championships in Missouri attend by more than 350 teams across the country and the second is a local March Gladness Tournament based in Norco.  Each family pays an insurance fee of $80 ($95 for non-ACS) which covers all players in that family regardless of how many students play. Uniforms are extra and yours to keep (again the first season is the most expensive, but we find the players like to keep their own uniform and number. Also, varsity players have their last names on the back). Uniforms cost $130 which includes a white jersey, white shorts, black jersey and black shorts. Season fees are payable in four monthly installments of $80 for the first player, $60, for the second and $45 any additional siblings. Non-ACS players pay $80 for the first player, $70 for the second and $60 for any additional siblings. Tournaments are optional and incur additional fee 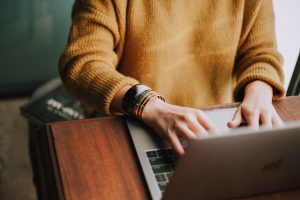